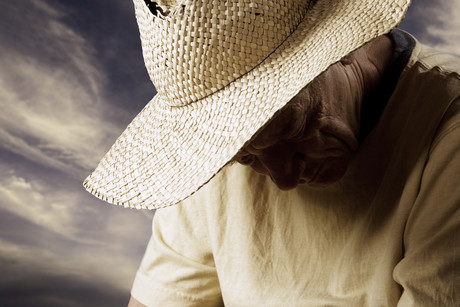 New research has found that one-third of country people who suffer moderate to high psychological distress don't think they have a mental health problem.

Published in the Australian Journal of Rural Health, the National Rural Health Alliance's peer reviewed journal, 2500 people were surveyed from across rural and remote New South Wales by researchers at the University of Newcastle and Hunter New England Mental Health.

Respondents were asked if they'd experienced any mental health problems in the past 12 months, and then filled in a questionnaire that measures psychological distress. Four hundred and seventy two people reported moderate to very high levels of psychological distress in the past 12 months. A third of these people did not report any mental health problems.

The survey, called 'Self recognition of mental health problems in a rural Australian sample', breaks new ground in rural mental health research. It shows that a significant portion of country people have problems identifying mental illness.

The new study said that mental illness in rural areas is often under reported because of the lack of mental health professionals working in the country.

But it noted that rural people are less likely to seek help even if services are available.

The study said "poor mental health literacy" is a critical barrier to country people getting the help they need. It adds that country people are reluctant to acknowledge distress as a problem and have a tendency to associate "mental health problems" with severe disorders that might require hospitalisation.

The authors are calling for a public health campaign that specifically targets country people.

More than 70% of people within aged-care facilities have experienced a traumatic event in their...

The Australian Commission on Safety and Quality in Health Care is calling on clinicians to...

The Victorian Government has announced funding for a collaborative study into the long-term...