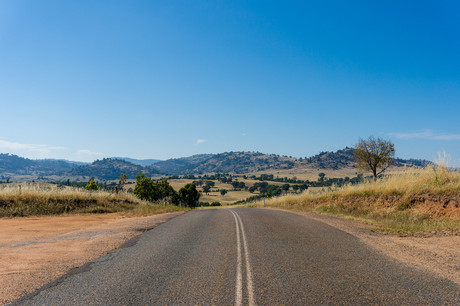 A Monash Health study investigating inequalities in acute stroke care found Australians in rural areas are not receiving the same timely care as those in cities.

An Australian living in a rural area will be treated for stroke in an average of just over three hours. This compares with two hours and 20 minutes for a city-dwelling patient. These are the findings of a team of researchers from Monash Health in a study addressing inequity between metropolitan and regional acute stroke care. The researchers highlighted that attention must be paid to each component of regional workflow, publishing their findings in the Medical Journal of Australia.

About 56,000 strokes occur in Australia each year at a rate of 250 per 100,000 population per year in rural areas compared with 210 per 100,000 in metropolitan areas. Of the 12 electorates with the highest stroke incidence nationally, nine are in regional areas. Stroke care for Indigenous Australians living regionally is also of concern, the authors said, as rates of stroke and death from stroke are high among Aboriginal and Torres Strait Islander populations.

Led by Monash Health’s Dr Tayler Watson, the authors said that the benefit of time-critical management of acute ischaemic stroke is well established.

“The median time from stroke onset to thrombolysis is 2.3 hours in metropolitan areas and 3.06 hours in regional Australia.

“Endovascular clot retrieval has augmented thrombolysis as gold standard of care in emergent large vessel obstruction; however, accessibility to the therapy is limited to comprehensive centres in major cities. The addition of ECR to the treatment algorithm has unavoidably resulted in significant workflow reorganisation,” they commented.

The researchers noted that workflow reorganisation was especially true in regional and rural health systems operating a ‘hub and spoke’ model. Under this model, ‘spoke’ health services refer to more comprehensive ‘hub’ services — usually located in cities — for definitive treatment.

“Clear, feasible, evidence-based solutions that address the upstream and downstream contributors to inequality in each component of the patient journey (ie, workflow) are required to curtail the current inequity,” Watson and colleagues commented.

Community awareness: The national FAST (face, arm, speech, time) campaign has increased stroke awareness since 2004, but rural and regional residents “continue to significantly underperform, suggesting the reach and effectiveness of these campaigns in regional areas are insufficient”, the authors said.

Emergency assessment and transport: A trend towards lengthier wait times for priority cases was observed in rural and regional areas. The use of mobile stroke units has shown clinical benefits but have not been validated in regional populations. The researchers said that, “Clear and effective communication between pre-hospital and in-hospital carers is pivotal to ensuring optimal management.”

Imaging: The study found that one in 14 regional services does not have 24-hour computed tomography capabilities and only 67% have access to advanced imaging such as magnetic resonance imaging (96% in metropolitan areas).

Door-to-needle time: Despite early thrombolysis demonstrating improved outcomes at 90 days, only three of five regional patients with stroke were transferred to a hospital capable of providing thrombolysis, with one in 10 receiving the treatment.

Door-in-door-out time: This a by-product of ECR and represents the time from hospital arrival to departure for patients transferred from a primary stroke centre to an ECR centre. The authors said, “Regional health services must be assisted in developing protocols to streamline intervention and transfer.”

Telestroke: Access to specialists in regional Australia continues to be a significant barrier to thrombolysis and ECR evaluation. Telestroke services support regional practitioners in diagnostic and treatment decisions and prevent potentially unsafe interventions and related costs to the health service and the patient.

“National telehealth service standardisation is an enduring challenge in Australia, with political, infrastructural and logistical issues being major barriers to unification of services,” the researchers said.

Report finds high use of antimicrobials in major cities

Sustained high use of antimicrobial medicines has been demonstrated in a five-year trend report...

A new report has revealed the unseen burden of non-melanoma skin cancer in Australia.

Queensland and Oxford: a tale of two vaccine agreements

CSL Limited has signed a heads of agreement for the supply of UQ's COVID-19 vaccine candidate...